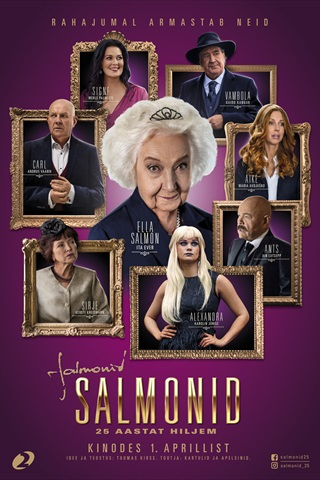 Arian Levin is an Estonian composer, sound designer, songwriter and producer with 20+ years of experience in film and music industry. His music has featured in movies, documentaries, advertising campaigns, theatrical plays, video games and television shows. His style is mainly electronic orchestral hybrid with a flair for melodies and texture of sounds. His music is influenced by Scandinavian culture and Hollywood cinema.

Born in Rakvere, Estonia in 1979, Arian began playing the violin at the age of five. By his early teens, he was accompanying folk dance group "Tarvanpää", playing violin in a folk group and regularly performing gigs locally and internationally.

Arian went on to study at Estonian Music and Theatre Academy. He graduated in Electronic Music composition. He got his Masters degree from Baltic Film and Media School where he specialized in film audio. He has been sound recorder and mixer for countless productions from TV news to feature films.

At the age of 17 he started playing bass guitar in a progressive metal group "Echosilence". He then also played bass and produced music for hip-hop group "Def Räädu" and later for the rock group "Hõbeniit".  In 2019 he started popular kids songs project "Lolala music land" which is dedicated to his daughter Lola.

Recent productions to have used his compositions include TV series: "Süü / 12 Summers Ago" , "Who Shot Otto Mueller?" and feature film "Estonian Funeral".

Music for television series "Süü" is nominated for Estonian Film and Television Awards 2022.